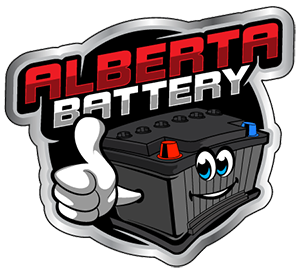 Replacing the battery in your Kia is an easy task and can be completed in less than 15 minutes.

What you will need
Group Size H7 AGM battery
The cold-cranking amps in your replacement battery should have a min rating of 800 CCA.
You will need a few basic tools such as:
10mm, 12mm metric socket set
3/8 extension
ratchet
battery terminal cleaner
Procedure
Set parking brakes and turn off the ignition
Move the gear shifter into Park, turn off the ignition and set the parking brakes.

Kia Sorento 12V Automotive Battery Replacement GuideOpen the hood. Locate the battery towards the front in the engine bay, driver’s side.

Remove the intake air duct
battery replacement diy instruction Kia Soul Fort Rio Sportage Sedona SoulOn certain Kia models such as the Optima, the air assembly goes on top of the battery. This will need to be removed.

Other Kia models such as Rio and Sedona may not have this cover. There are two screws that hold this cover in place that will need to be removed.

Some models use plastic fasteners while others use 10 mm bolt to hold the air intake in place. Once the screws are removed lift the air intake assembly as shown in the video clip below.

Once you loosen the bolt on the clamp the cable can be removed from the post. If the clamp does not come off easily, try twisting the clamp as you pull it away from the terminal.

The next step is to disconnect the positive cable. The positive terminal will either have a plus sign near the post or the word positive printed.

You can easily distinguish the positive battery post by the red plastic cover or the red cable.

Remove 12mm bolt and bracket
Video guide on how to change battery for KIARemove the 12 mm bolt on the side of the battery. It can be tricky to get to this bolt so use an extension to reach it.

Now it is time to remove the old battery. Use both hands to lift up the old battery as car batteries are very heavy. Batteries may have a handle to help you with the removal. Carefully lift the old battery out of the battery tray and set it down on the ground.

Connect the negative battery terminal and tighten the bolt last. Start the car. Monitor lights on your instrument cluster.

Confirm that there are no warning lights illuminated work and electronic controls work. Turn on the radio to confirm that it works, and if not, re-enter the security code that should be included in the documentation that came with the car.

If you have any warning lights on such as ABS or Electronic Stabil Stability Control (ESC) drive your Kia for a couple of minutes.

Notes
We recommend that you wear eye protection when replacing the battery on your Kia.
Replace the battery in your Kia with a replacement that has the same: size, ratings, and cranking amps.